The Journey to Osteopathy

The Journey to Osteopathy

“Let us not be governed today by what we did yesterday, nor tomorrow by what we do today, for day by day we must show progress.” – Dr. Andrew Taylor Still

The Power of the Present Moment

In the midst of such a powerful quote by the founding father of osteopathy and osteopathic medicine, comes a progressive understanding of the present moment awareness needed to create and express our talents in contribution to our society. By dwelling on the past we become confined to a mental prison, and conversely, by worrying about the future we become fragmented away from the here and now. Taking steps forward towards our goals is required to invoke changes in our internal and external landscape as they are mirror reflections of one another. In taking these disciplinary approaches to embodying self-care practices, we can exuberate good energy onto others and create a domino effect, helping to influence changes on a collective scale. When our thoughts, emotions and behaviours change, our society changes, leading to a more beneficial outcome for everyone. 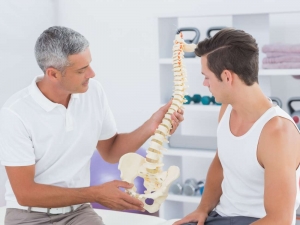 Osteopathy is a form of alternative medicine that emphasizes joint mobilizations, myofascial release, cranial and visceral manipulation, muscle energy techniques and other physical alterations to our muscle tissue and bones. The practice of osteopathy began in the United States in 1874. The term “osteopathy” was coined by Dr. Andrew Taylor Still, who began his health background as a physician and surgeon. The manual therapy known as osteopathy was founded on the premise of controversy because it countered the culture of conventional medicine that was built off the philosophy of symptom-based disease management. The vision of Dr. Still was to reunify the bodies systems as one dynamic organism through a specified course of treatment that had by his predecessors become segmented with a reductionist model outlined by the mainstream paradigm. This brings us to the four main tenants of osteopathy which are as follows:

1) The body is one whole unit.
2) The body is capable of self-regulation and self-healing.
3) Structure and function are interconnected.
4) Rational treatment is based on the three core tenants mentioned above.

Dr. Still viewed vital health as the body’s natural state, able to fight off any harmful threats so long as we gave the body the right conditions to thrive under. After experiencing the loss of his wife and three daughters to spinal meningitis, Still set out to reform a medical practice that was non-invasive and did not readily resort to the use of pharmaceutical drugs as a way of masking symptoms to the ailments plaguing his patients. Flashing forward to the 21st century, the osteopathic profession has evolved exponentially into one of the more common forms of manual therapy, continuing to flourish in an upward trajectory.

The Goals of a Manual Osteopath

The main goals of a manual osteopath during treatment is to improve the bodies structure which will then influence the function therein, to improve the bodies self regulating capacity by opening up the circulation and nerve pathways for healing, to improve overall posture, and to relax the nervous system and optimize its overall function. Osteopathy is highly beneficial for those who suffer from pain, restricted joint range of motion, headaches, migraines, fatigue, mood disorders, poor circulation, digestion, breathing and posture; hypertension, disk and vertebral problems, sciatica, insomnia, stress, TMJ, carpal tunnel syndrome, peripheral neuropathy, soft tissue restrictions and more!

​Lower back pain is one of the most common complaints among adults, negatively impacting almost 80 percent of people at one point or another. Research has shown through anecdotal and scientific circles that being treated by a manual osteopath helps to mitigate these dysfunctions. In fact, osteopathy is the number one recommended treatment for lower back pain in Canada! 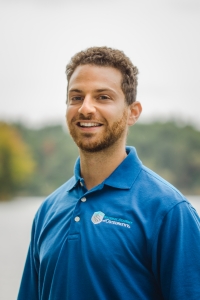 Shawn Weldman is a graduate at the National Academy of Osteopathy who takes pride in using the most current research and science to get his patients results – both physically and mentally. Through the application of various treatment protocols such as joint mobilizations, soft tissue therapy, visceral manipulation, cranial osteopathy, muscle energy techniques, corrective exercises, and coaching services – he assists his patients in optimizing their health and lifestyle practices to the highest degree. He will work together with you to map out a plan tailored to your specific needs and goals. His overarching goal is to help his patients rebalance their nervous system, improve their posture, and eliminate pain by helping his patients through guided support every step of the way. Shawn goes above the ordinary standards of care and is always available to advise his patients towards the direction of exuberant energy, mental clarity, improved sleep quality and overall great health.

The Journey Before the Destination 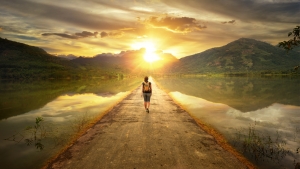 With the rise of osteopathy taking form in the modern world, it led to new opportunities for people to join the profession and proudly wear its prestigious title with honour. Going through the process of becoming a manual osteopath, I was excited by the  prospect of working with people suffering with ailments and having the opportunity to sequester the negative conditions they had by helping to influence positive changes within their lives both physically and emotionally. In order to share the causative factors that led me to my current placement as a manual osteopath, we must take a journey into my past.

Predating back to January 2012, I was a completely different individual with different interests, goals and visions. I was working as a personal trainer for the better part of two years and had no intentions of quitting the profession as I enjoyed working with others and had hoped to one day open up a private training practice at my very own facility. During my downtime periods when I wasn’t training clients, I enjoyed going out with friends to party and indulge in more than my fair share of alcoholic beverages much like any 21 year old energetic male would. I didn’t eat a clean diet, my lifestyle didn’t match what I preached in the gym and I had a rollercoaster ride of emotions that had yet to be processed through the conscious mind. In other words, I took my health for granted, much like we see with prevalence in today’s social dynamics. Self-harm has become a normalcy in society that most people don’t question with critical analysis. Until your health is taken from you in some way, it is very difficult to orient your life around health. This is exactly what happened to me after a night out partying on new year’s eve. It was on the dawn of new year’s day where my life was about to completely take a revolutionary new path.

The great Greek philosopher Socrates stated that the secret of change is to focus all of your energy, not on fighting the old, but on building the new. If only I had known this subtle yet powerful sense of wisdom during the initial phases of my health crisis. My health status began to gradually deteriorate with one symptom and/or dysfunction after the other, compiling onto my shoulders and adding weight I could no longer bear. I began to crumble within the very foundation I had built through the old formula I had previously committed myself to. I went through the traditional medical route and saw over four specialists but to no avail I was left with no solutions but rather with more unanswered questions. The situation had become so bad and the symptoms had worsened with compounding elements that I had to eventually quit the job I loved, training clients, as my symptoms would exacerbate just by demonstrating exercises! I had seemingly given up all hope at this point. Perhaps I needed to just “deal” with it and move on, settling for mediocrity and defeat. I felt trapped in darkness, not being able to have any oversight of solutions to illuminate me on the path to health and wellness. It wasn’t until I was graced with the presence of an angel in disguise that I started to turn this predicament all around.

Osteopathy was what I had been waiting for after over a year of pain, suffering and fear. It was the ticket out of the mental prison I needed to break free from. It had a profound effect both directly and indirectly. The manual osteopath I saw was truly one of a kind. He was caring, focused and spent extra time to coach me. In addition to his miraculous treatments, he inspired me to adopt a healthier lifestyle. He opened doors for me, and I walked through them. He gave me direction when I had no compass and I followed the path he pointed towards. He provided me detailed instructions to implement into my life, and I instituted them. Overall, he lit a fire within me that to this day is still burning bright. Through following the advice suggested by this man, I had slowly begun to improve my conditions and eventually some of the major symptoms I was experiencing for months were disappearing! I was overjoyed in celebration. I realized I had a lot more work to go and a lot more research to conduct but the progressions I was seeing and feeling were enough to get the ball rolling.  Osteopathy quite shortly and frankly, changed – my life. 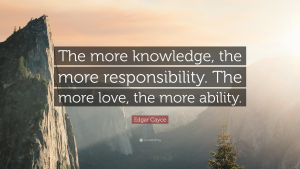 With osteopathy having a profound personal effect in my life, it inspired me to not only take my health into my own hands but to reach my hand out to others and inspire them on their journey to wellness. I had finally taken the rose-colored glasses off that blinded me from my purpose, and for the first time in my life, I could see with clarity. In order to find myself, I had to destroy myself, and out of the destruction I discovered the mask I was wearing all those years prior was no longer of any value to me. Out of the ashes, I found my true self and my true purpose. Everything had changed from that moment forward. I became an avid researcher and book worm on a variety of health related topics. I was able to understand the casual factors that led me to the effects I was enduring and in doing so, I was able to bring myself back into an optimal state of balance both physically and emotionally.

Having such positive results from the field of osteopathy had encouraged me to take the steps forward to become one. I wanted to be able to have a similar affect on people’s lives the same way I had been affected. Knowledge is not power contrary to popular belief but applied knowledge is. Once you know better, you do better. I began to attain knowledge on several avenues, and now I am in the process of applying it to form wisdom so that I may share the knowledge with others and be optimistic that they to, will form wisdom. There is no shortage of positive things I could say about the benefits of osteopathy. From decreased pain, to increased range of motion to improved mental focus, it’s all there for the taking, so long as we reach high enough to grasp onto what we rightfully deserve – health, wellness and joy. I leave you with this personal story with the way I began it, a powerful quote to spark the fire within to those who read this:

“If you can’t fly, then run, if you can’t run, then walk, if you can’t walk, then crawl, but whatever you do, you have to keep moving forward.” – Martin Luther King

About the Author: Shawn Weldman

A graduate at the National Academy of Osteopathy who is a health conscious avid researcher looking to share relevant and empowering information thus inspiring individuals to take a health oriented disciplinary approach to improve their quality of living.

Elemental Wellness Studio NOW OPEN in VAUGHAN where you can have your own Float Experience among many other amazing things. Learn More >

Book an Appointment at ElementalBOOK NOW

Send this to a friend